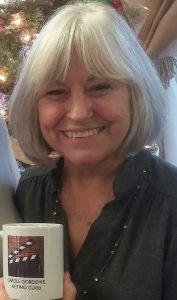 Today we’d like to introduce you to Carole Gordon.

Hi Carole, it’s an honor to have you on the platform. Thanks for taking the time to share your story with us – to start maybe you can share some of your backstories with our readers?
My dream of being an actor and comic took many to years to fulfill. At the age of twenty, I convinced three friends to move from Tampa, FL to Los Angeles, CA with me so I could pursue a career in the industry. I ended up being accepted as a TWA Hostess/Stewardess (back in the day) traveled extensively, got married, had to quit the airlines when I became pregnant, got divorced, and moved back to Tampa with my toddler son.

As a single mom I raised my son, was a Cubmaster, assistant soccer coach, performed in plays, worked in Real Estate Property Management, became an activist for child support enforcement, returned to work with America West Airlines at Tampa Int’l Airport, and served on the board of Stageworks Theatre for several years.

When America West ceased operations, I decided it was time to return to Los Angeles, this time alone, and to pursue my original dream. I LA, I engulfed myself in learning everything I could about acting, filmmaking, standup comedy, improv, and commercial work. I was fortunate to study with several of the top acting teachers and schools in LA. Stella Adler Academy, Groundlings Improv, Greg Dean’s Stand-up Comedy Classes, and was assistant teacher to Elizabeth Kent’s Orange County Professional Actor’s Studio, to name a few. I was also blessed to work and learn film production with Dean River Productions, working with producers Tim Moore (Tim is Clint Eastwood’s Executive Producer), John Shepard, John Schmidt, and Dave Ross. We made several films with Billy Graham’s World-Wide Pictures.

When I decided to return to Tampa, for family reasons, I wanted to share all the information that I had learned to help others achieve their dreams. I started Carole Gordon Acting Class in 2012 and in Lakeland in 2013. I have held workshops in Atlanta, Palm Beach, Orlando, Dunedin, and Tampa. I also wrote, produced, and filmed a series of “Mini Movies” with my students that were screened at a theater in Tampa and helped create their demo reels. I worked steadily until the pandemic hit in 2020, returned for a couple of months this year, and am currently on hiatus until we can safely return to class. My class size is limited so that my students work during every class. I cover all areas of the industry and many of my students are still actively working in the industry today. I believe in “An attitude of Gratitude” and encouraging others by sharing information and giving support. I love what I do. I am making a difference in people’s lives and spreading sparkles. Who could ask for more?

Alright, so let’s dig a little deeper into the story – has it been an easy path overall and if not, what were the challenges you’ve had to overcome?
No, it hasn’t always been a smooth road. I keep my class fee reasonable and that means not having a studio or theater of my own so I have had to relocate several times over the years. Fortunately, prior to the pandemic, I had been in the same place in Tampa and Lakeland for several years. It is also challenging to work with students who say they want to be actors but are not committed to the work required I have also had students who were unappreciative of the opportunities afforded to them. Local Talent Agents, Casting Directors, and Producers have expressed the same feelings. We regard it as a business and strive for professionalism, which can be a challenge.

Appreciate you sharing that. What else should we know about what you do?
I have always been creative and most of the time could never find one area that met my needs. Growing up in Tampa I wasn’t exposed to theatre, except for elementary school performances, but I felt there was a calling that I hadn’t realized. I took drama in high school and had a small role in the senior class play. I tried out for another play but was told I didn’t look mature enough for the role. I was small and thin, okay, skinny, and lacked confidence in myself after that. The desire to act and perform stayed with me after I left high school and even after I went to work for the telephone company, “A good job for a woman”.

I convinced three friends to go to Los Angeles and off we went. I wrote before about my experience with LA, my return to CA, and the success I found in the industry. I have discovered my confidence, my tenacity, my persistence, and my endearing passion for doing what I love. When I was in LA, I couldn’t decide which area to pursue: Acting, Stand-up, or Improv. I learned to consider them like an umbrella. All the areas made up the ribs of the umbrella. All I needed to do was hold onto the handle. I pass this on to my students. At one point in my time in LA when I was doubting myself and my move to LA, a friend said, “You have the soul of an artist.” She explained that artists don’t follow the norm, they think differently, they create and they are judged differently by society’s standards. It creates insecurities and doubts but it is better than anything else. To this day, I remind myself, I HAVE THE SOUL OF AN ARTIST! I AM AN ACTOR!

Are there any apps, books, podcasts, blogs, or other resources you think our readers should check out?
My strength comes from a higher source. I found Unity Church and New Thought. I discovered that affirmations, a strong support system, surrounding myself with like-minded, encouraging individuals who support me and who I can support are the most important elements to happiness and success. I learned releasing negative thoughts and individuals, (including family members and even “Friends”} helps empower and promote wellbeing and harmony, allows for a divine flow of energy to help me do my best. 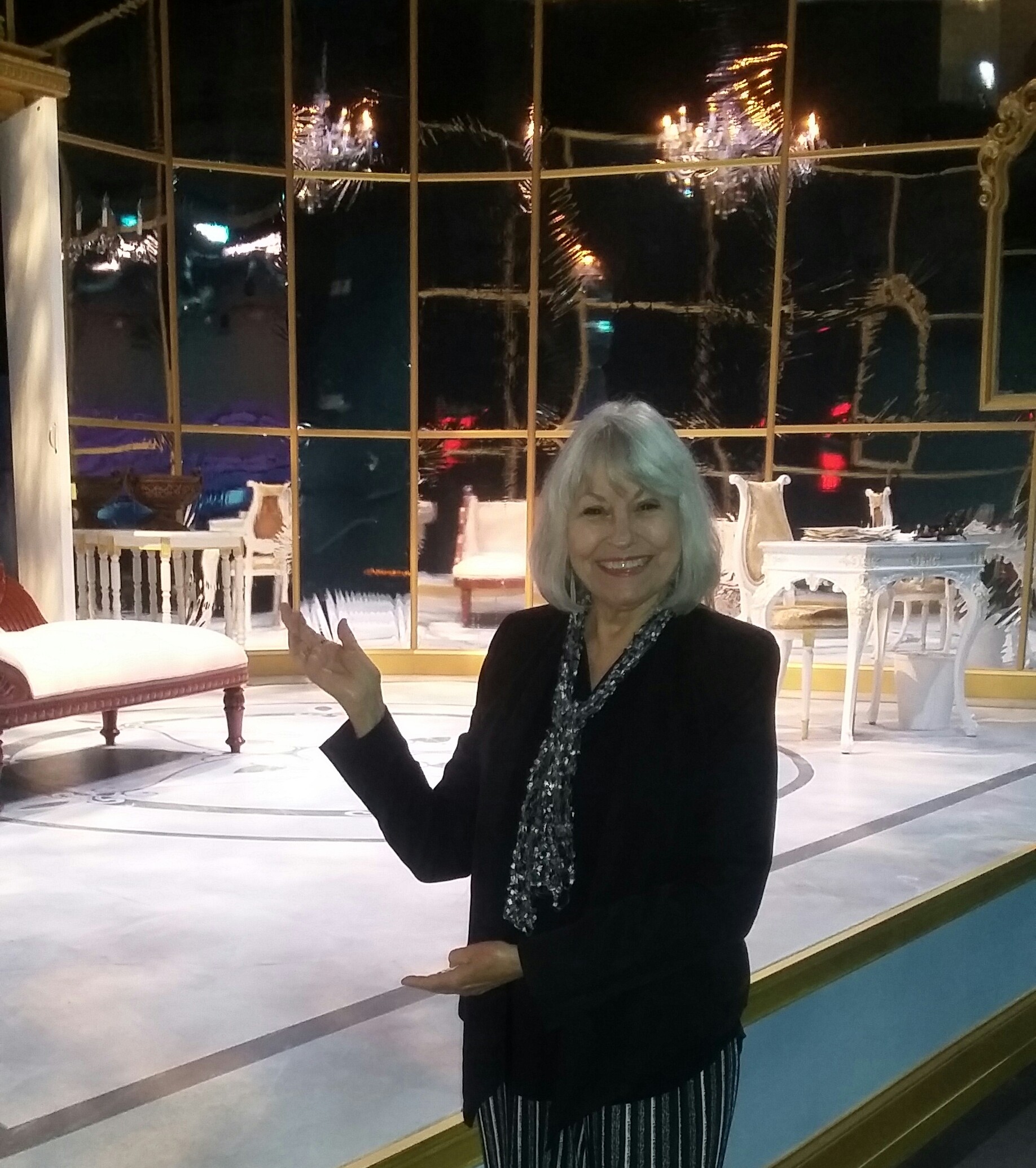 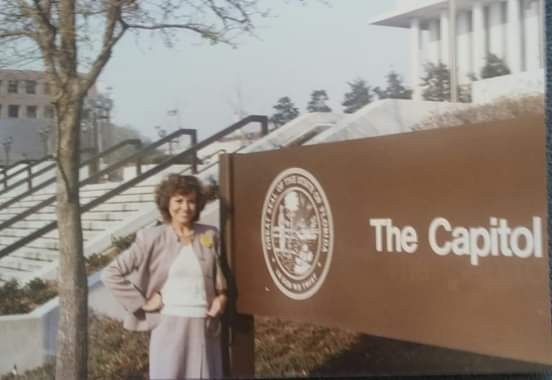 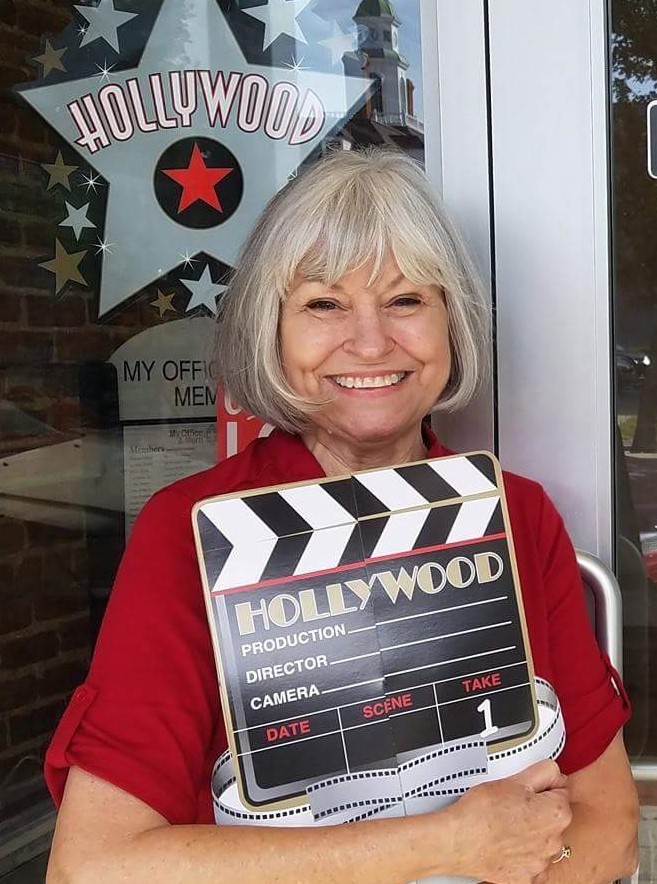 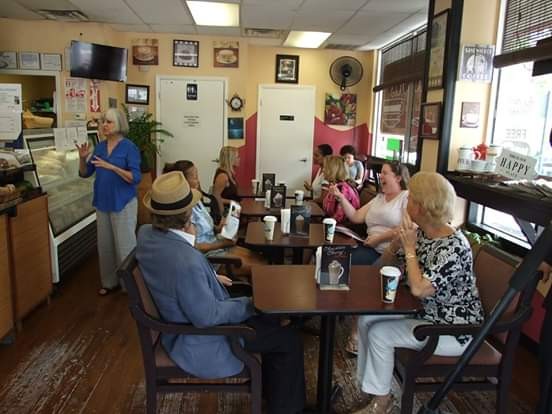 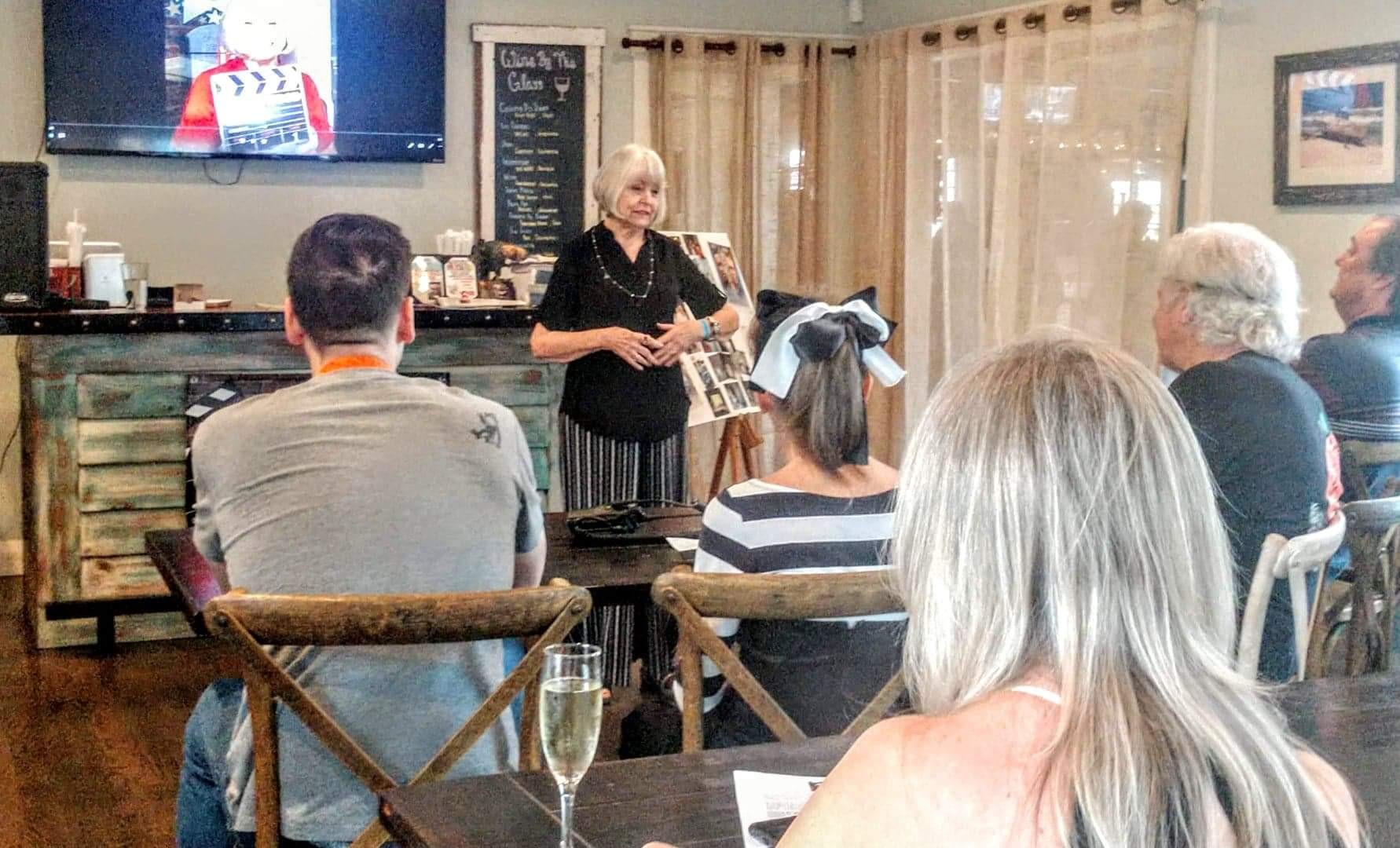 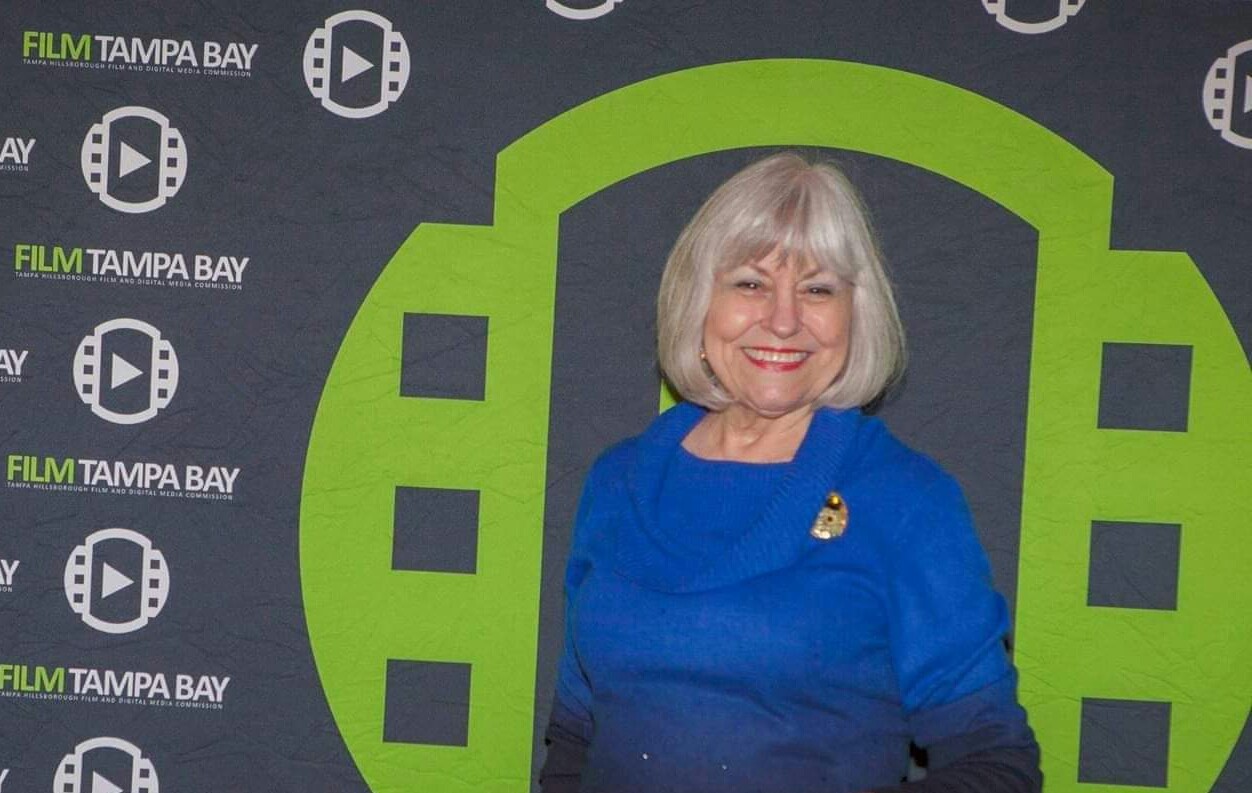 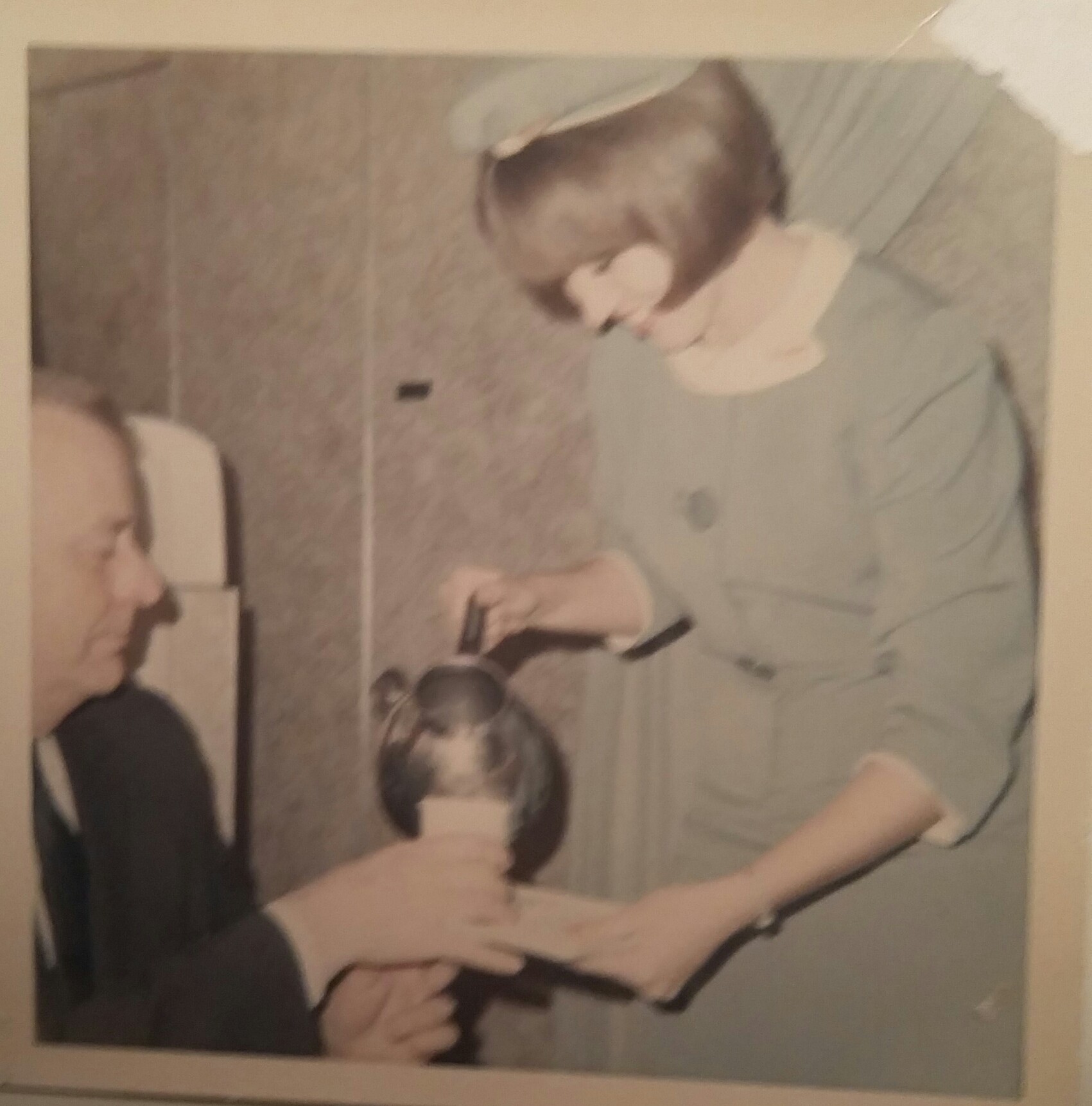