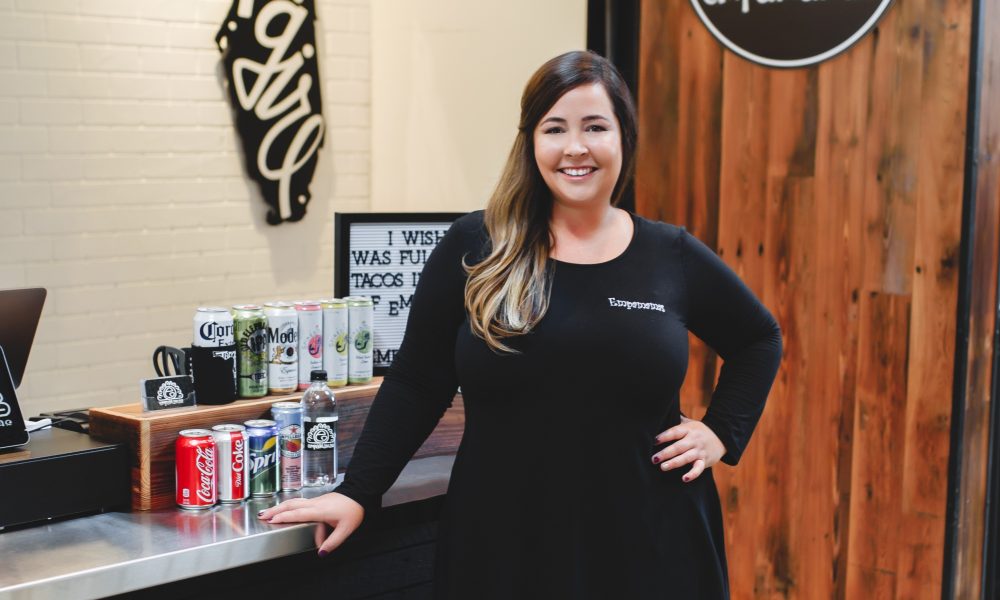 Today we’d like to introduce you to Stephanie Swanz.

Hi Stephanie, so excited to have you with us today. What can you tell us about your story?
My mom’s side of the family is Cuban — and my aunt taught me how to make empanadas. I specifically remember that day because it took all day long to make our empanadas. We prepared the meat, the dough, everything from scratch. Back then, I should have realized how labor intensive they were! When I was an undergrad at the University of Florida (Go Gators!), I wanted to impress my college boyfriend, so I made him empanadas. I didn’t want them to be basic empanadas, so I made crazy ones including one I coined the Dixieland Delight stuffed with cheese grits, BBQ pulled pork, coleslaw, jalapeño, red onion and pickle — and the “Breakfast at Stephanie’s” with eggs, cheese, hash browns and sausage topped with sausage gravy. From there, my friends had me make them for Gator tailgates. At the same time, I was working a full-time job and helping book local bands, so I would make empanadas before shows to bring the groups together and branch those connections through delicious food. At one of the shows, I will never forget, a friend called “Hey empamama!”

At that moment, I knew I had something. Tampa Bound – I was still living in Gainesville and frustrated with not being able to be creative in my job. I needed open reigns. So on August 3, 2015, I quit, and moved back to Tampa. I got a notebook and started jotting down ideas, doodling logos for Empamamas, and next thing I knew, I had a business plan. I worked on a food truck for six months to learn the ins-and-outs of the food truck world — as well as figure out how to get the money together to start my business. During that same time, we started building the truck. The reason I picked the truck over a brick and mortar at first was because it gave me a platform. It allowed me to choose where and how to deliver my product to various people around town rather than wait for them to come to me. But I always knew we wouldn’t be a food truck forever. On February 20, 2016, we attended our first event, the Chocolate Festival; our specialty empanada for the day was “The Big Smo” — the same dessert s’more empanada I had made for one of the country artists I had previously worked with. It took my best friend and I 18 hours to make 600 empanadas. I remember sitting down to take a break and asking myself, ‘what the hell have I just gotten myself into?’ I had no idea what I was doing at that point. I had no clue how to operate and run a kitchen.

While I felt confident in my branding, marketing and sales capabilities, operating a kitchen was 100% new to me. Somehow we survived our first event and at the end of that day, I promised myself that I would make every effort to figure this all out. I was working 12 to 18-hour days on the truck and would come home not being able to walk sometimes. I was so exhausted and dehydrated from being on the truck all day. I just kept on telling myself to “keep on truckin”— that was our motto. Keep putting ourselves out there and telling our story to whoever would listen. Six months later, I saw an article online about a new development opening in Tampa: Armature Works. I remember actually pulling over to read it; that’s how much I knew then I had to be part of the market. That very second, I sent an email to set up a meeting. After initially being told I wouldn’t be a good fit, I was bummed — but I kept truckin’. And within just three more months, we collected a slew of awards for our Tampa Girl Empamama as well as first place at the Tampa Wing Fling, Cuban Sandwich Festival, and Tampa Bay Storm Local Beats + Eats Contest. You could pretty much guarantee seeing the Empamamas’ truck at every major Tampa event. We were hotter than we had ever been, and people were starting to take notice.” I heard about the ‘rotating stall’ within Armature Works’ Heights Public Market and decided to take another stab at becoming part of their incredible project. I set up another meeting, and this time took our food to the Armature Works team — and it was a hit. We had officially locked our slot as the second rotating vendor, slated to move in June 2018. At the very first vendor meeting, while introducing myself, I said to everyone: “Hi, I’m Stephanie. Owner of Empamamas. I’m the second vendor in the rotating stall, but what the owners don’t know yet is that I’m never leaving.” It became sort of a running joke. But I never lost that mentality, even after I was told under no uncertain terms that this would remain a rotating stall.

A few months later, exactly two days after Armature Works opened, I got a call with the best news Empamamas had ever received. We were asked if we wanted to not only move in early, but become a permanent vendor as well. There was however one stipulation. I had to add tacos to my menu. Um, Tacos?… duh, no brainer! We moved in that night and were open 24 hours later. After feeling at home and loving every single moment of our time at Armature Works, COVID 19 hit us unexpectedly just like it did to everyone else.

In March 2020, Armature Works closed their doors indefinitely per state guidelines. After cleaning up and moving out I went home and ran a 90 day budget and realized that if I didn’t stay open, I could lose everything I have worked so hard for. That week, a dear friend, Joe Dodd of King of the Coop reached out and invited us to use an extra kitchen he had as a commissary to run delivery out of. Two weeks later we were back open for business. It was far from our normal operation but it helped and it kept us alive. Our goal was to reduce our red as much as we could. In May of 2020, Armature Works was able to reopen in a limited capacity so we packed up our stuff and moved back in. 2020 was a challenging time in many ways for us but we took each day with stride the best we knew how to rebuild.

During that time, I threw out an idea to the ownership of Armature Works which was if an opportunity to open a new concept in the market were to pop up, I would be interested. Well lucky for me, putting that out in the universe just so happen to work this time. I was offered the opportunity to open another restaurant concept in what I believe is the hottest spot in town. I was incredibly excited but so also incredibly nervous – am I crazy to try and launch a new business in the middle of a pandemic? Well needless to say, I didn’t let me fears get the best of me and decided to go for it. Three short months later, Muchachas was open for business. Muchachas is a Mexican inspired restaurant which specializes in Quesatacos, Street Tacos, Burritos and more. I feel so lucky and fortunate to be able to operate both of my businesses under one roof. My goal over the next year is to improve upon what we are already doing at both businesses and look for potential avenues of growth in 2022.

Great, so let’s talk business. Can you tell our readers more about what you do and what you think sets you apart from others?
Empamamas specializes in not so basic empanadas, tacos, and street eats. Our award winning Tampa Girl empamama (Roasted Pork, Honey Ham, Genoa Salami, Swiss Cheese, and Pickles) and Cheeseburger In Paradise empamama (Seasoned Ground Beef, Cheddar, Mozzarella, Provolone, Spinach, Tomato, Pickle, Red Onion and Tampa Girl Sauce) are our two best selling empanadas. However, our Bang Bang Chicken is a close third! Muchachas “Casa de los Quesatacos” specializes in Quesatacos aka Quesabirria which is a Slow Cooked Beef that is shredded and served on top of a grilled taco shell topped with Monterey Jack Cheese, Onion and Cilantro. It is served with a side of the consume for dipping. Other favorites include our Street Tacos, Street Corn and Burritos. At both business we pride ourselves in serving each and every customer as if they were our first. Our customers, team, and serving delicious hot food is of utmost importance to us.

Where we are in life is often partly because of others. Who/what else deserves credit for how your story turned out?
First and foremost, my dad Bob Swanz. He is not only my best friend and mentor but a highly valued employee. He has been with me since day one. Mary Makar, one of my best friend’s since we were 14 is my right hand woman and wouldn’t be able to do this without her. She has been with me for three years. My management team and staff which has grown to 37 is irreplaceable. They are the rock stars that day in and day out make this dream of a reality. My mom, sister and best friend Dusten who have each showed tremendous amounts of support over the last five years. My partner Bubba Flores – owner of Wicked Oak Barbeque. I never thought meeting someone in the same industry would be good for me, but it is exactly what I needed. My boss babes who keep me sane, Liz Newman, Kiera with This Babe Eats, Julie of Bake’n Babes and Kaycee of Bay Edge Media are three incredible business owners who simply get it. My friends, family and customers who have continued to showed us support over the last 5+ years are the real MVP’s. Without any of these people supporting me, I don’t think I would have ever gotten to where I am today. I will never forget that or anything they have ever done for me. 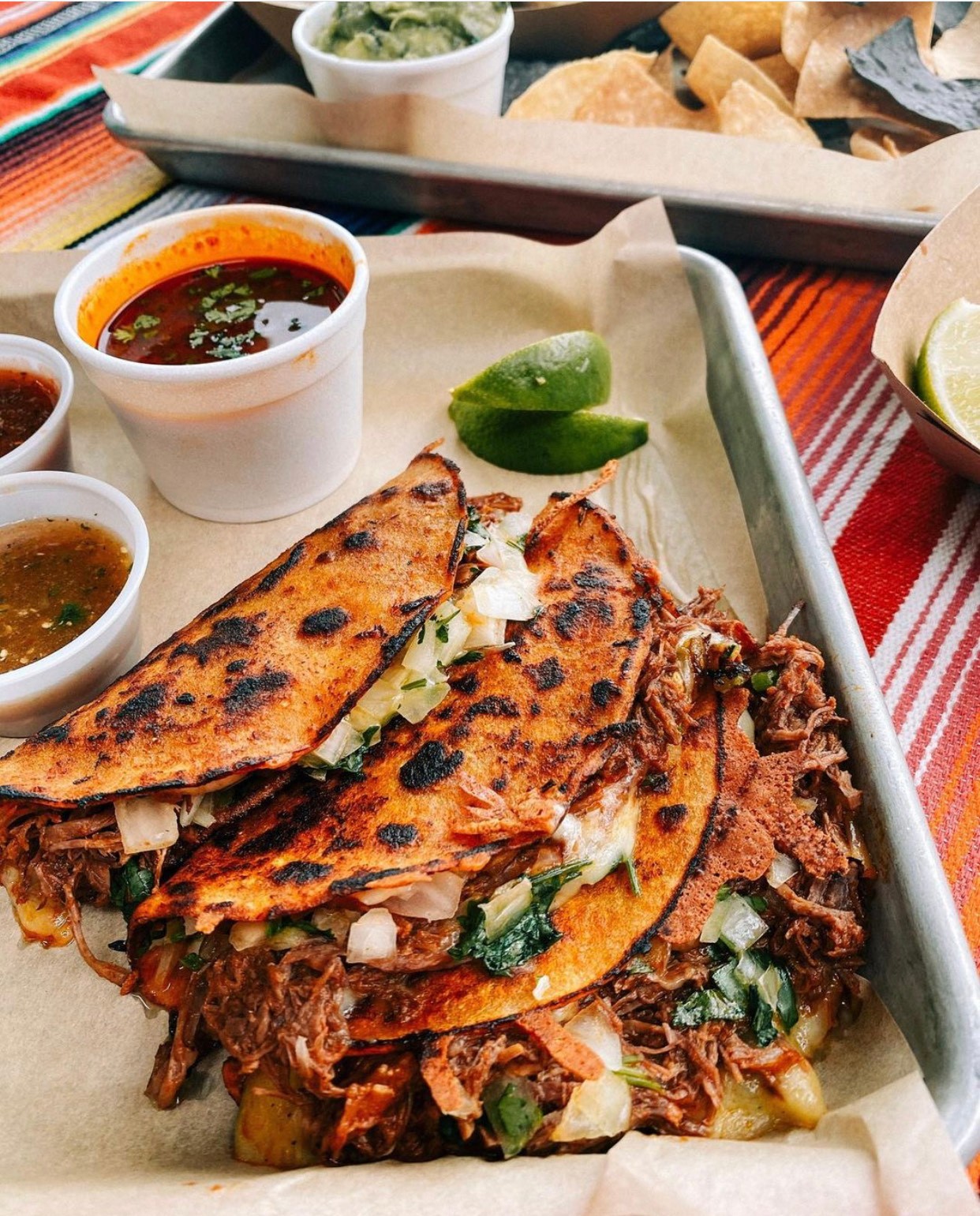 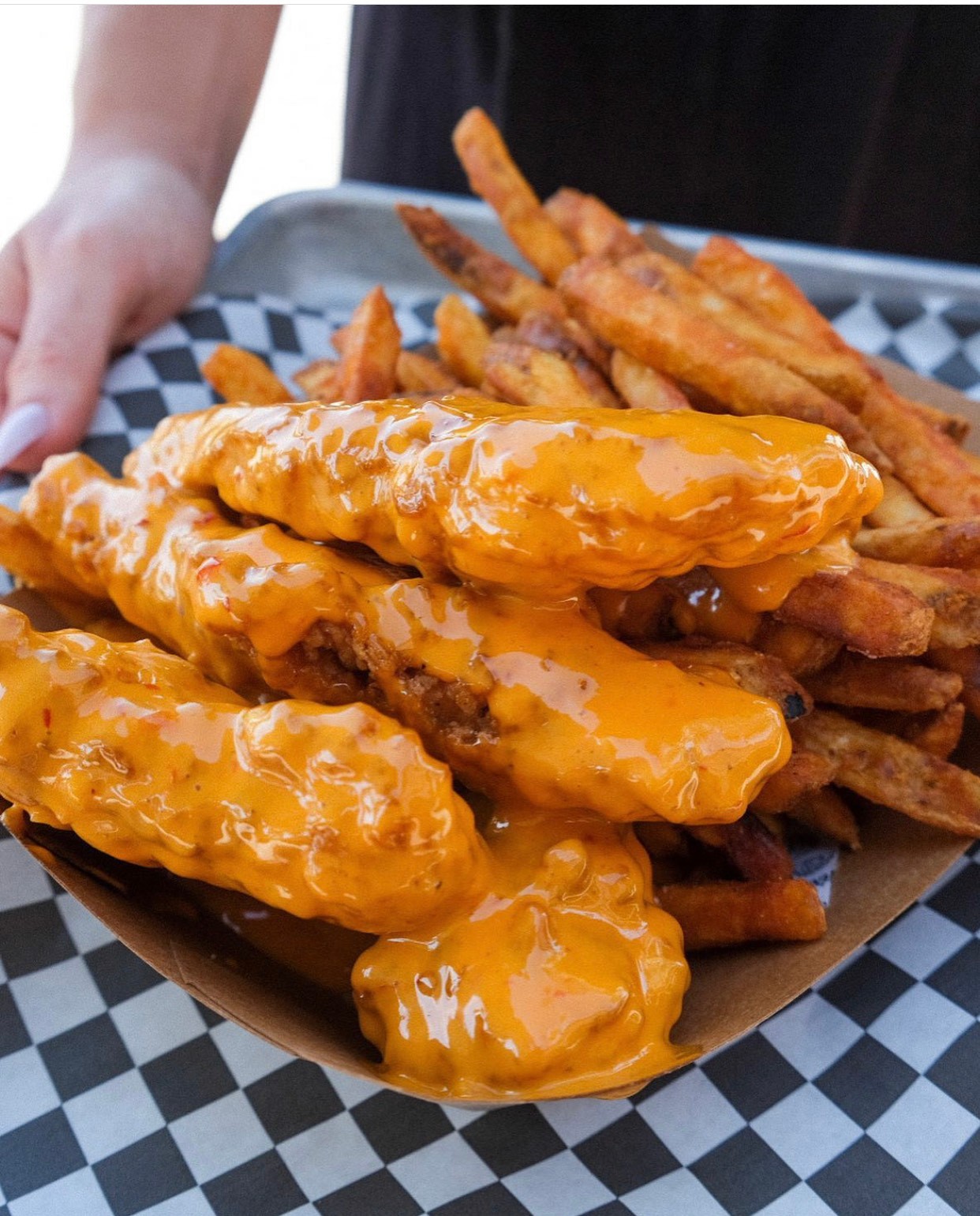 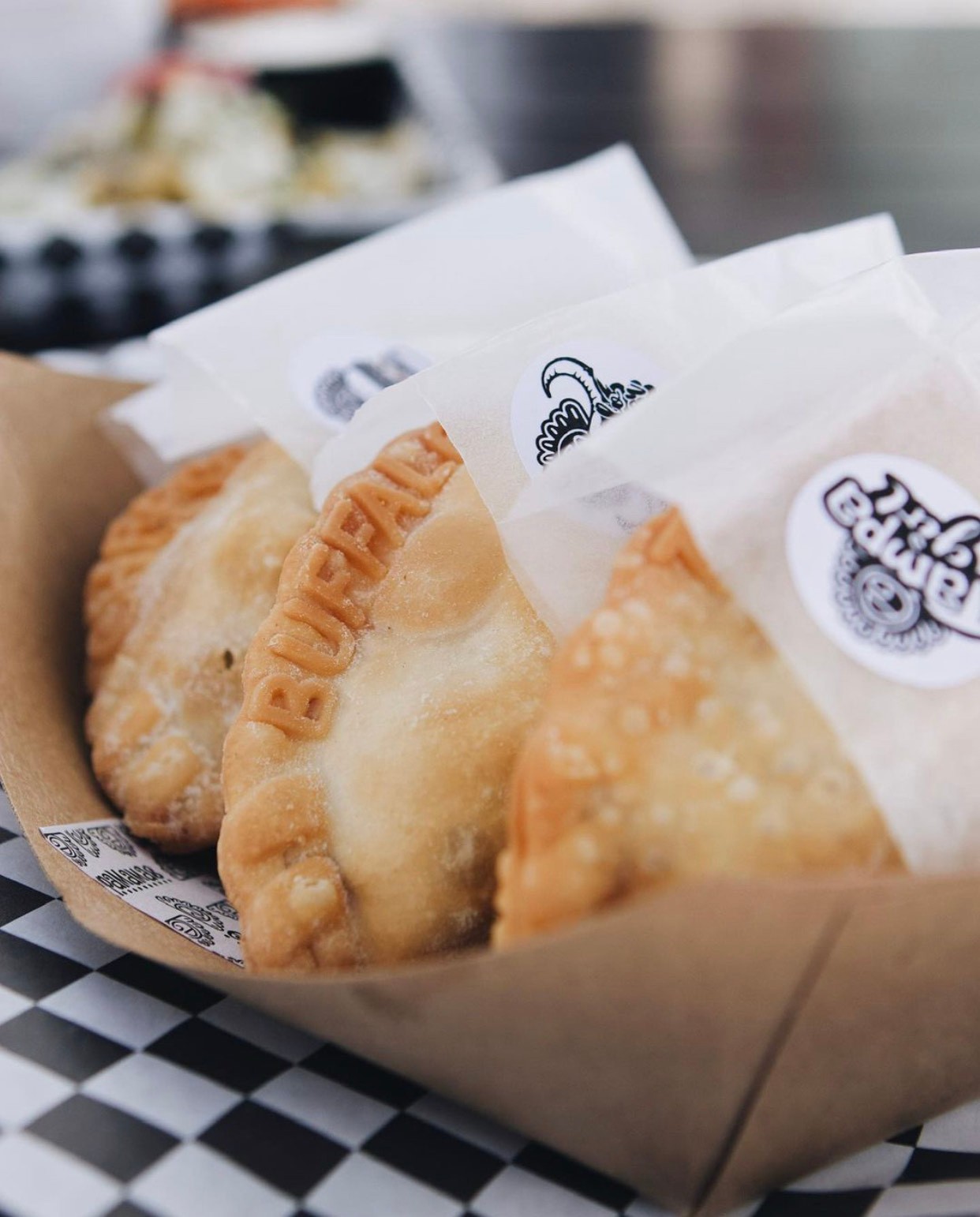 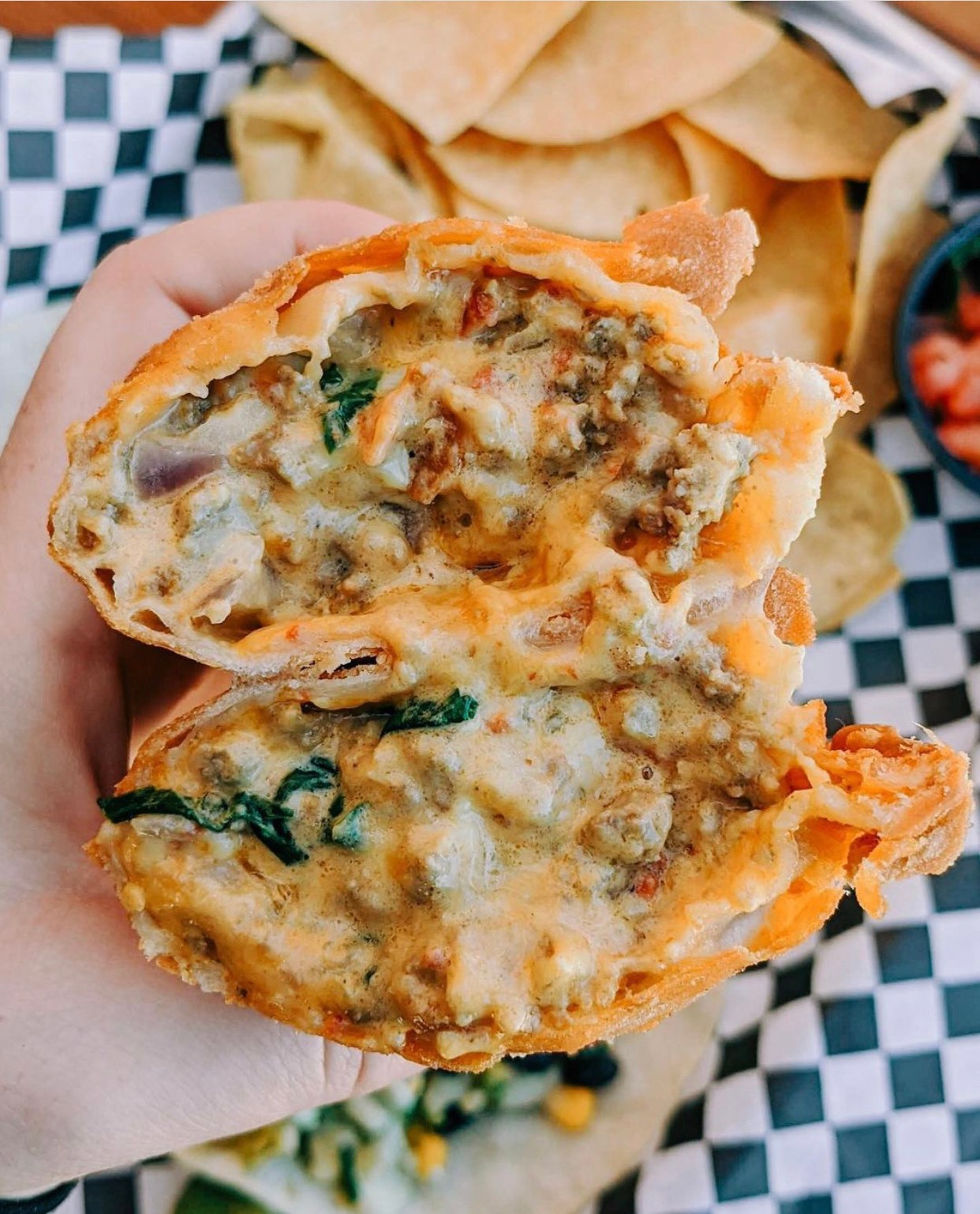 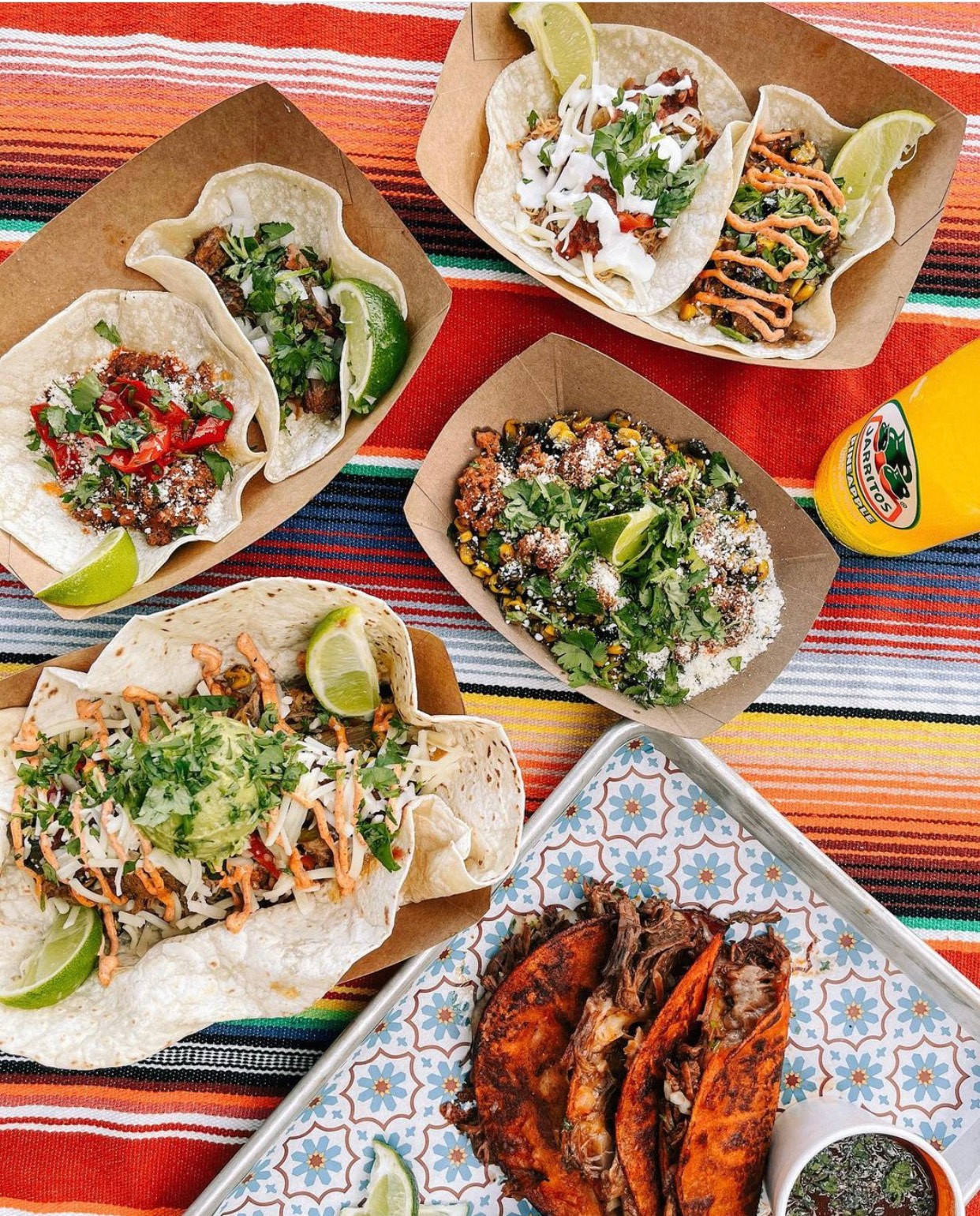 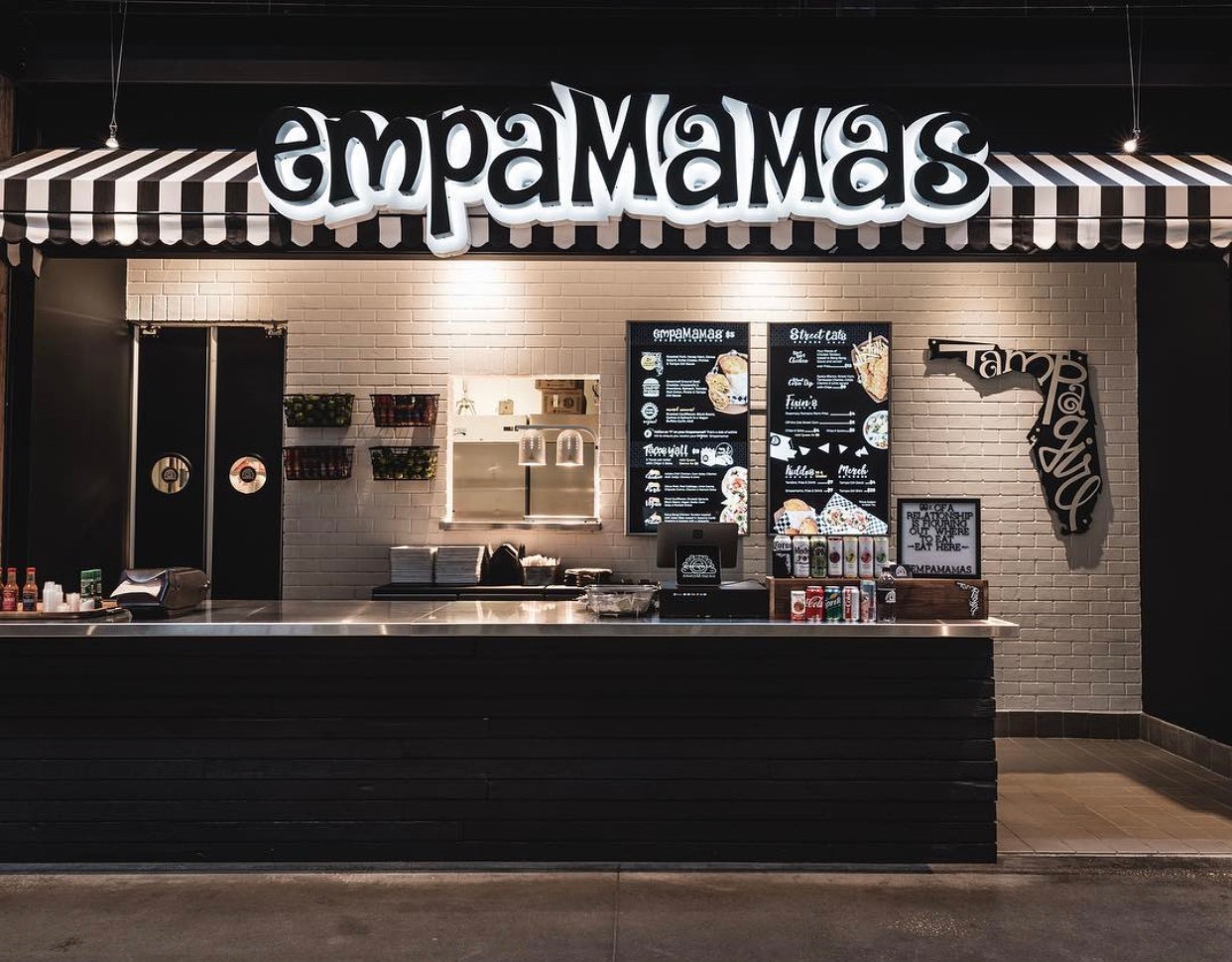 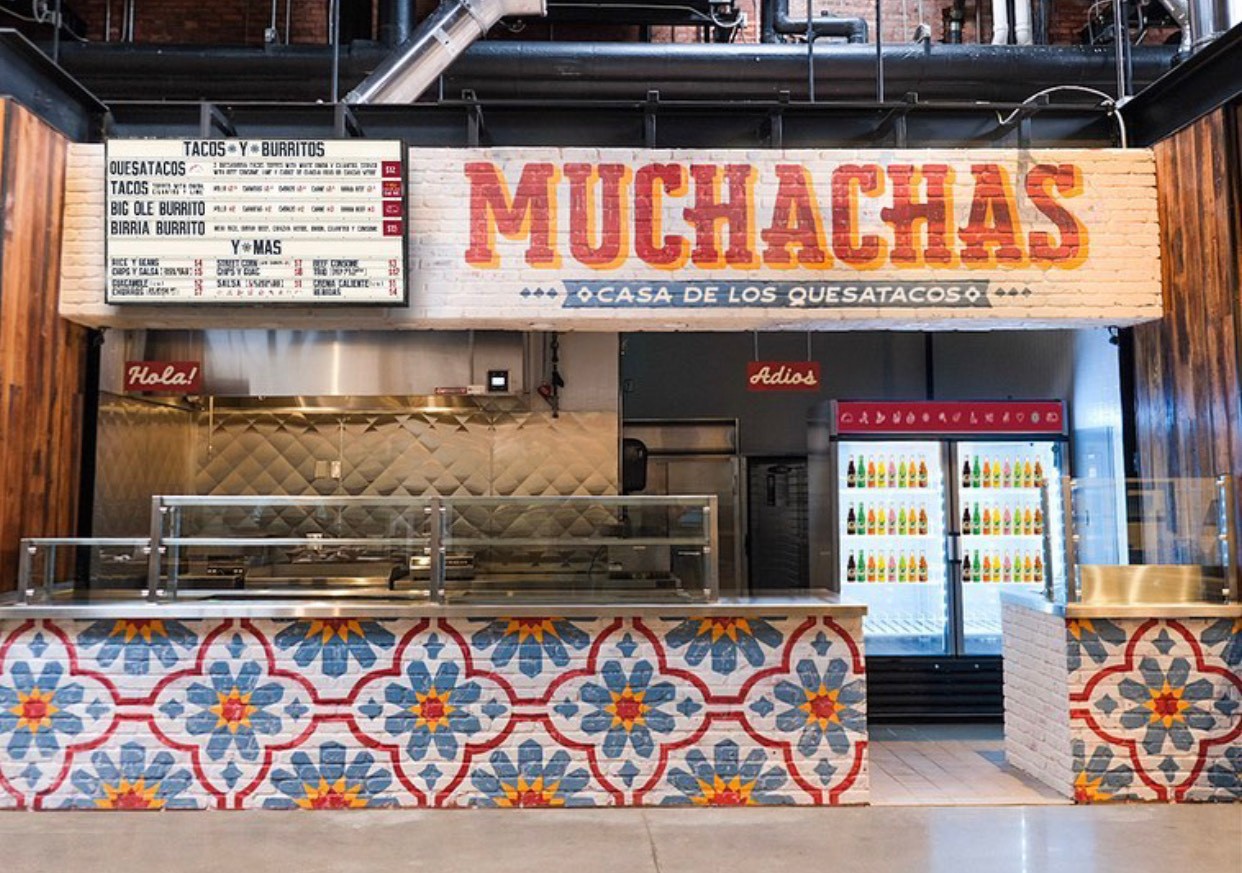