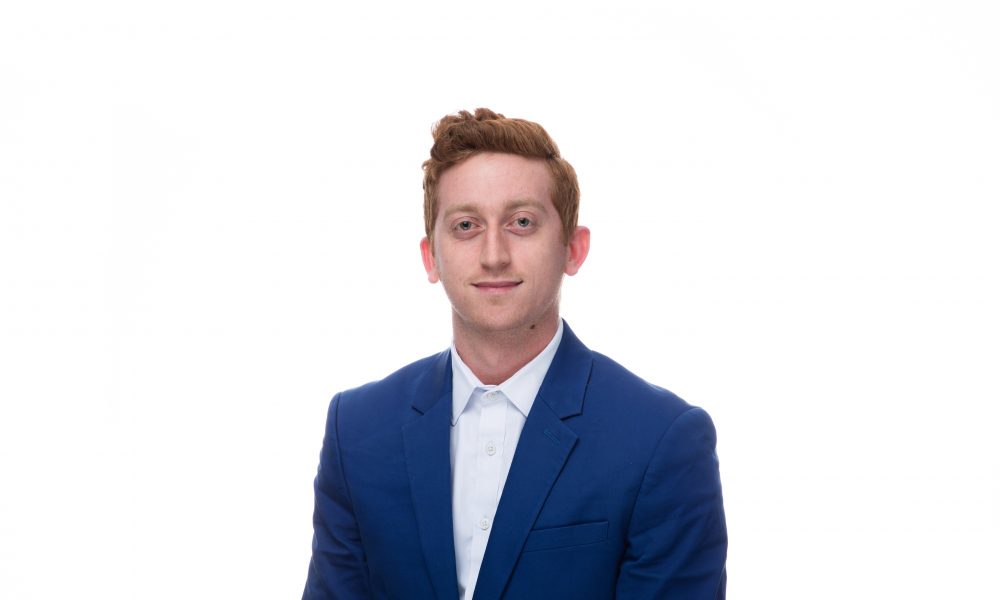 Today we’d like to introduce you to Frederic Llana.

Hi Frederic, we’d love for you to start by introducing yourself.
I’m 24 years old, I am a local here in Saint Petersburg, Florida. I was born at the All Children’s Hospital back in 1997, I grew up playing with friends in the streets of the South HighPoint area, I grew up in a trailer park, bouncing from trailer to trailer due to evictions, I was one of two children I have an older sister that’s 30, would’ve had another sister that would’ve been 28 had she still been with us, but unfortunately her father shook her as a child and she passed away at two years of age, in hospice. Then my mother met my father a little while after all that, and here I was, and there they were only 23 year old’s having a baby boy. About four years after that, my parent’s split up. I watched my mother slave to make nothing but enough to put whatever food stamps wouldn’t cover on the table to keep a roof over our head. I spent a lot of time living with my grandparents at a young age, my mother and I both did. My father was there when he could be, but he was working a lot and trying to get his life back as he went through hell as a young man, a lot of my family come from drug addiction, Prison, I have quite a few people still in there, for example, my uncle, I won’t see outside those walls for until I’m 40… Pops and him used to be close, but unfortunately, my uncle’s addiction was just strong. My sister and grandma played a major key in my life as a child growing up, I was traveling down a path of no return into the darkness of what previous family members had experienced.

Everything seemed to change after 8th-grade year, I met some angels God sent down waiting for me, as they were the ones who really were able to connect and help send me into a different path, and those individuals taught me valuable lessons and gave me the tools mentally to continue on that path and not go back to where I was going. I dropped out and got my GED shortly after 9th grade, my mom got very sick and my sister and I came home to her laying on the flood in some bodily fluid, the sight was just awful, she spent the next week in the ICU, unresponsive, after she came to, and got released about 2 to 3 weeks in, she made the decision to move to Georgia so my Grandma could take care of her, as she could not live alone anymore and needed help. Mind you, my mother was in the hospital all the time for about over two years just consistently in and out. I ended up moving into my dad’s at 15, I showed up with a bag of clothes, needing a place. He took me in, but about a month in pops said, “Hey, son you need a job”. LOL which is understandable; he’s barely making ends meet, he lived in a 1-1 apartment, so I stayed in the living room. I worked throughout 9th grade, full-time, late-night shifts. But I needed cash if I had to get something. I started walking to my job, spent my entire 1st check on a bike, pops helped with the rest. Eventually, got a scooter, but a few years after, I got hit by a car and totaled it, so I took that money and got a car so I had some protection if I were to get hit again. LOL Worked several different jobs after that in the food industry Downtown Saint Petersburg, I love working. I can’t not work, it’s what I was made for. I worked in event production for the Tampa Bay Lightning for about two years, just taking care of all events, and the LED Signs, basically Engineering for a NHL sports team.

I tried joining the Military, any branch really that would take me, but my last waiver got denied due to a time when I was younger and my older cousin shot me in the eye with a BB gun! Still have my eye, don’t worry! LOL, I then ended up being a mechanic for Toyota for a few years, which sucked. I worked a lot of physically demanding jobs, and I’ve worked some desk jobs, I am a very active individual who loves being out in his environment! I love hiking the ocean and much more, really anything outside, I love! But yeah, I figured I save the physically demanding stuff for a hobby and not make it job! I ended up asking a friend from church if he knew of any place hiring, as I have been working almost ten years now, and I haven’t been getting sh*t. I have been grinding hard, trying to make something happen, and finally, he said he has a buddy with a company he started and he’s ready to hire someone, so I told him to give him my contact. I didn’t hear anything for a few weeks, and after a follow-up, he said the guy found someone with experience. So I started applying for more jobs, I was taking a position at an Auto-Part store to be a manager after some time, but right as I got my offer letter there, I got a call from a guy named “Harrison” turns out the other guy he had in mind, was too scared to take the chance on a company being opened for a year. So me being the second round draft came in grateful he gave me an opportunity, knowing damn well I had no experience in Insurance. That next week, I was in insurance school, he paid for me to take a class for a week, Literally, one week for a lifetime.

The blessing this opportunity has been to me, and where I plan on taking things, I couldn’t be more thankful for him giving me a shot at being able to get what I put in, I put 120% every day, and Now I get it back, I am in a much different position, I have never been in. I am teaching myself Financial responsibility because I never had that example growing up, I really only had examples of showing love to others and being dirt poor. I knew if I wanted to change that, it was up to me, if I wanted a life, never seen before and to give my kids a life that I never had, to give them the opportunities I didn’t is the goal, I pray everyday for the Lord to give me strength to handle to adversity, and to allow me to work harder than I did the day before, and bless me with the means to give it all away to those in need, in any way they need. The Lord put me here to serve the people, I am just working hard to get there, so I can do just that, and not only here in the USA, but all around the world. So now I am just learning to invest the money I am getting now, which is more than ever thought of, but that’s just how poor I grew up, I am just staying focused and working hard to never get back there. So there is still so much to be done, and this is only the beginning. There’s a lot of work to be done, so that’s what I will be doing, I will forever work to serve the people.

Would you say it’s been a smooth road, and if not what are some of the biggest challenges you’ve faced along the way?
It definitely hasn’t been a smooth road, I come straight from Poverty, a family of felons, drug addicts, but through it all, it built a monster who wants to change those in need of help lives. I worked some really physically demanding jobs, I worked in the food industry, busting my ass to make nothing. Pushing harder than the person next to me, just to find out they made more because they are buddy-buddy, with that server who he’s busing the table, but I’ve cleared, wiped, and reset five by the time it takes you 1. The fact that I would be working on two cars at once while everyone else on my team did one and wouldn’t even finish it but would get the nice heavy, fat paid tickets from being slow and lazy and waiting for the gravy work. From just getting turned down from the military, as it’s in my heart, blood to serve the people and protect. I have been told No my entire life, that I wouldn’t amount to anything, that I am nothing, I am not smart enough, I have had life push me down since I can remember, but I keep getting back up and pushing and finding new ways to get through the problem.

Can you tell our readers more about what you do and what you think sets you apart from others?
I am an Account Executive for Goosehead Insurance. I am an insurance professional, who helps anyone in Florida, get the best rates on whatever they are insuring. I am able to write with every company here in Florida. I take the time to shop every company and get my client the best rates. They won’t find another agent who will work harder to get them the best rates and policy than us over here at the Froid agency with Goosehead Insurance.

Are there any books, apps, podcasts or blogs that help you do your best?
I haven’t been a book person until recently, I just read the richest man in Babolyn, and I am currently reading Sold or be Sold by Grant Cardone. I am a very active, outdoors person! So I would play football, soccer, really anything outside in the local neighborhoods with friends, I workout daily, as it’s my place of peace and therapy. I love competing in Fitness competitions, I am a very competitive person. I also did a lot of Brazilian Jiu-Jitsu, which was very fun, and a great challenge, physically and mentally. I love surfing, but I suck at it, and I love snorkeling, I would love to learn to scuba dive, and if I can ever free dive, I will. I also enjoy rock climbing and Forumula 1 Racing. 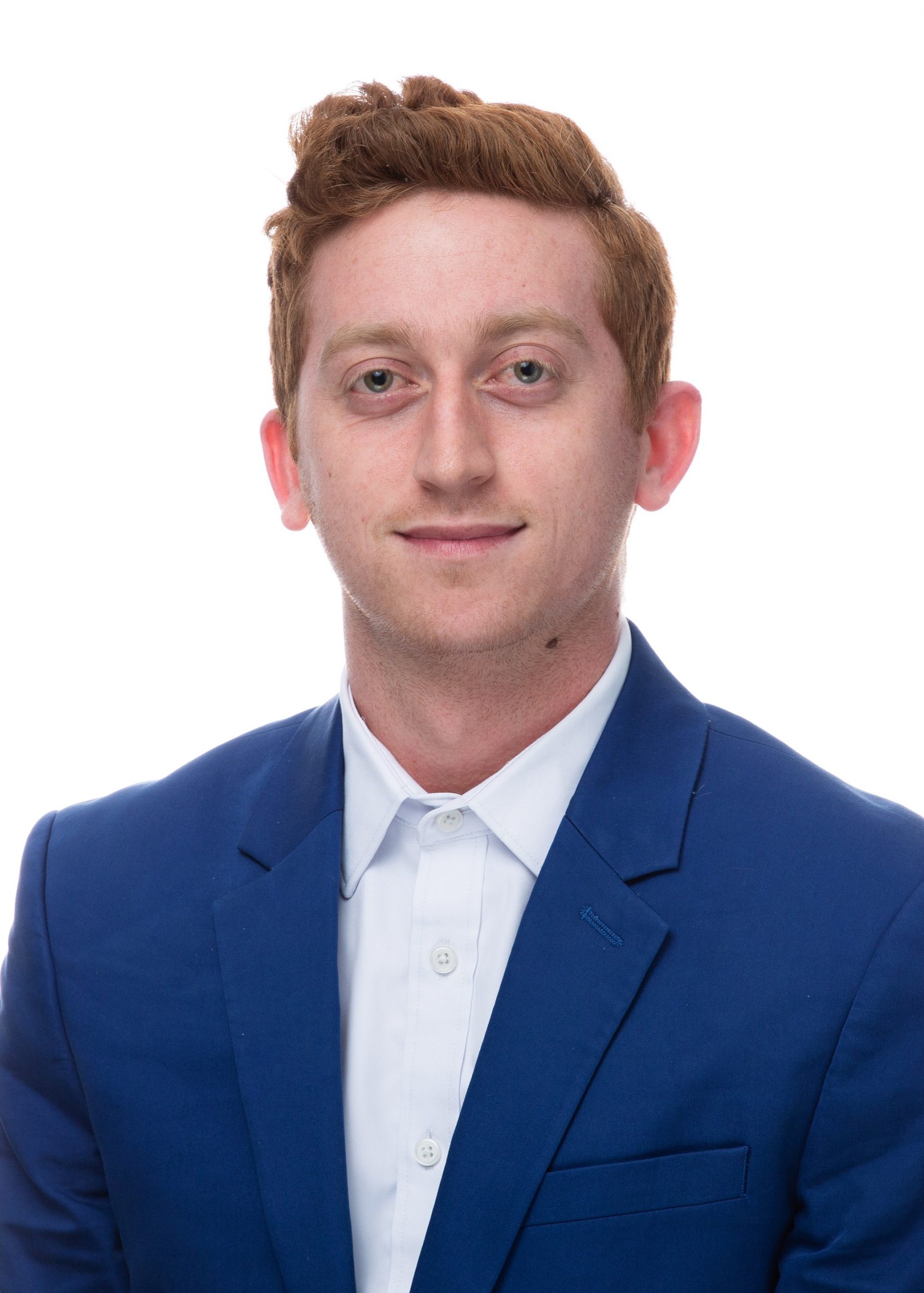